Deeply touched by the tragedy I began to paint these ambassadors from notes and photographs provided by the zoo's lead primate keeper. By retracing their noses, their gestures and their mass using sticks for paintbrushes I came to experience them in an entirely new manner. I found myself falling in love with them. I recognized them as family. I was humbled by their unconditional love despite years of captivity.

As I painted each primate I noticed how their nostrils looked like butterflies, their postures like sculptures and paintings from the goddess civilization of 35,000 B.C. In the painting of their bodies I saw triangles and hourglasses, spirals and ram heads, moons and owls. I painted this goddess imagery of regeneration into what I called 'vessels'. Each painting was attached with gauze to its vessel, a symbolic form of transport.

My love of these primates resulted in 14 pieces of paper and paint. It became apparent during the artistic process that the paintings did not belong to me but to the primates. I realized how much these zoo captives gave to humankind and in their giving to me they taught me about letting go.

At a Grandmothers' Council I learned that the primates wanted to be remembered. I interpreted this as re-membered. In 1998 I walked into the jungles of Borneo, Madagascar, and Cameroon. With the help of the indigenous Dayak, Antandroy, and Bakweri, the 14 paintings of the 23 primates were buried. Symbolically, the spirits of the primates returned home.
Sally Linder
1998 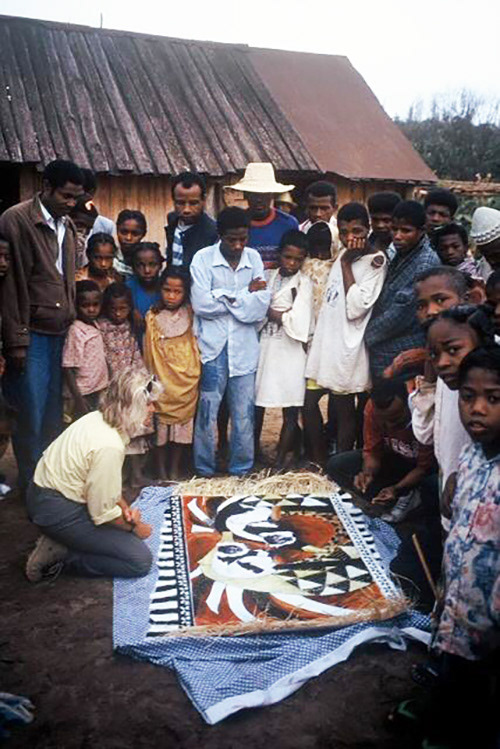 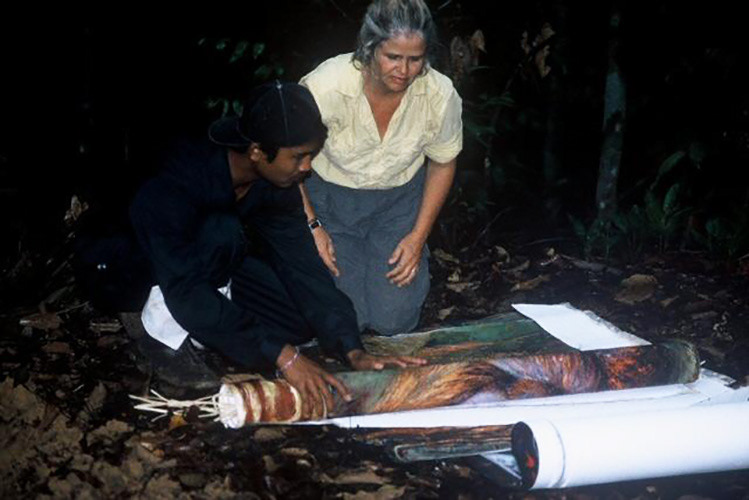 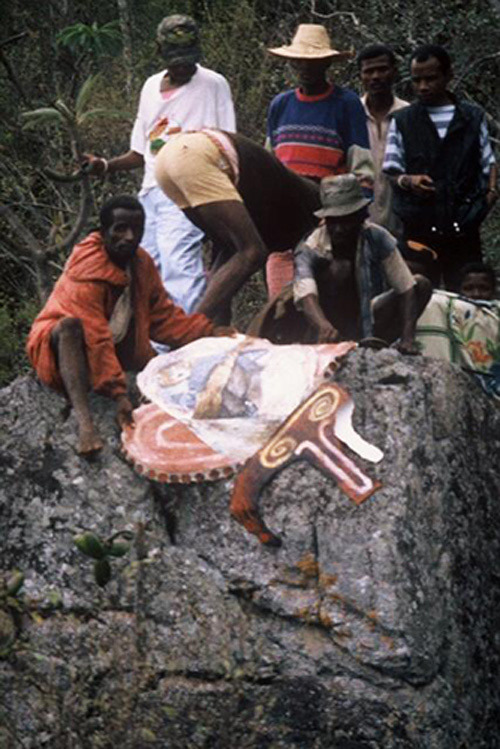 Return to Archives
↑Back to Top